The Flan of Aalst 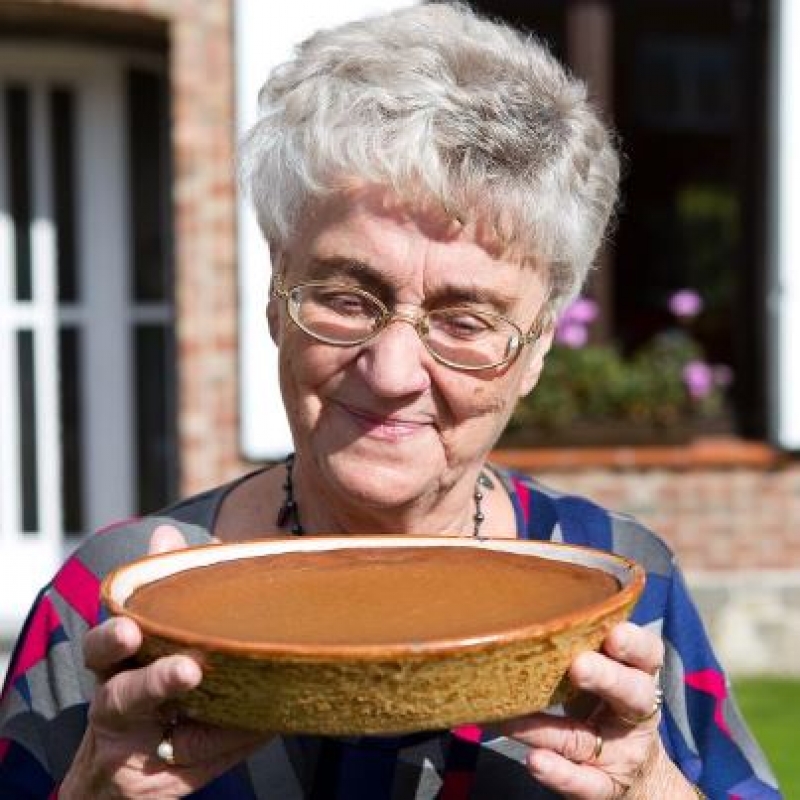 Meet Ermine Coigneau, the Belgian Grandma who's recipe will be the inspiration for Nicholas Decloedt (BonBon) creation during the upcoming Grandma's Design workshop next November 20th in Brussels. Ermine is famous for her Flan of Aalst that she learnt from her mother. For Ermine, the Flan is filled with the memories of the when family and friends visited them during the second world war for some rare moments of joy and happiness. At her place they had a small oven, hidden in a small back kitchen. Friends and family, who were aware of the existence of this small little secret, often came with their flans to bake them in this oven. Nowadays Ermine still makes the flan very often and has passed the recipe on to her granddaughter who is also a big fan of the recipe.